A decision taken without much thinking!  We know already the Algerian Akakus, so why not visiting the Libyan one and make a comparison?

So here we are, dealing with visas, airline tickets and itinerary, in a week or so we are ready to leave.

This happens at the end of January 2011 and despite the mass uprising in neighbouring Arab countries it was not expected that this would have happened in Libya in the so near future.

The Libyan Airlines flight from Milan was full of people, mostly men, who went to Libya for working purposes.  Nothing was in the air, nothing presupposed such an imminent and dramatic occurence of turmoils.

Upon our arrival in Tripoli all was calm and quiet.  At Tripoli airport we got thru customs formalities with no problem at all and we soon obtained our entry visa.

Our Libyan adventure would soon began.

Libya is known as a country of starling contrasts and magnificent scenery.  A journey of fascination among the Mediterranean sea and the Sahara desert. 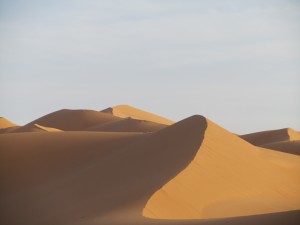 A country that shelters some of the most interesting archeological ruins from roman and punic periods. 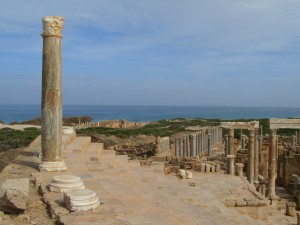 Tripoli the “White bride of the Mediterranean” where the minarets of the medina, the vibrant souks and the charm of the ancient city mingle with memories of Italian colonial rule.

A memory still alive especially among older people.  During the Italian colonization Tripoli saw a large urban development.  The city was equipped with many facilities such as roads, railways, schools, banks such as to give to the city a modern look.

Photos of Tripoli during the colonial era are hung everywhere in restaurants, shops and coffee shops, as to remember this positive past period.

We visit Sabratha and Leptis Magna, sparkling on the sea, in a scene of great suggestion:

two beautiful cities on the coast give us back all the charm of a distant era when the power of the Roman city  was expressed in great architectural forms. 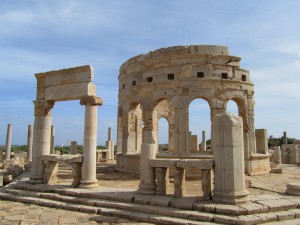 And the beauty of the desert, where we literally sail into a sea of sand topped by high waves in a succession of soft shapes, breathtaking ups and downs and sharp edges.

Nasser, our skilled Garamante driver, often drops out of the car, he explores the dunes, thinks and values what is the best track to go up or down the dune 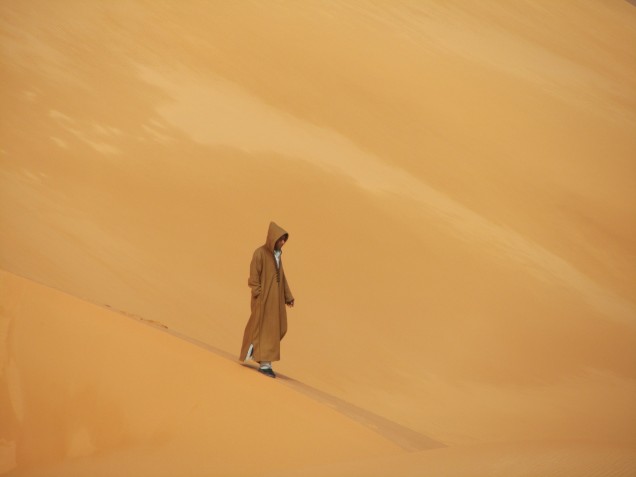 and give us the maximum emotion!

The Libyan Tadrat Akakus, mountainous, crossed by fossils rivers that have created, over the centuries, sandstone canyons on which walls men have left a real rock art gallery.

And then the lakes  Gabraoun,  Mafo just announced by clumps of palm trees and set among majestic dunes. 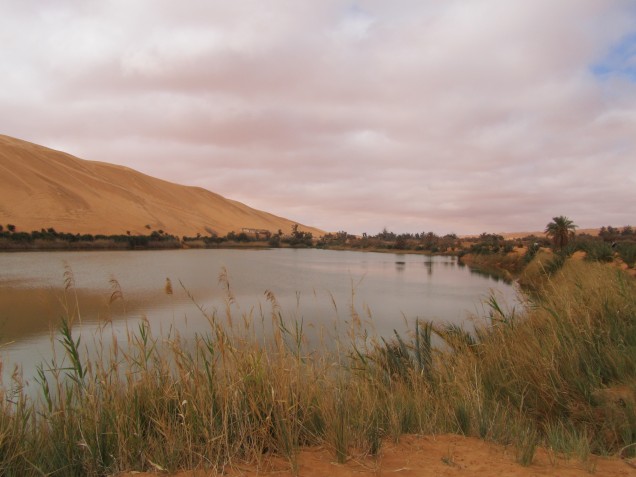 A journey thru gentle contrasts:  from warm wind of the desert to the sea breeze of the coast, from golden yellow sand to the blue turquoise of the Mediterranean!  All this is Magic Libya!

We leave Libya with regret, we would have liked to stop longer and visit it more thoroughly.  We plan to return soon.

But immediately after our return…… it happened!   We are all with you Libya and wish you a better future.   We will come again one day! 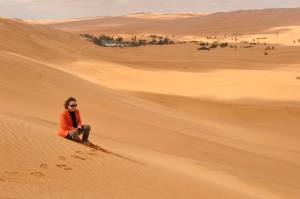