As the August moon waxes in the Buddhist month of Esala, one of the most important annual Buddhist celebrations takes over in Kandy, Sri Lanka.

The Kandy Esala Perahera celebration is held for 10 nights culminating with the mid summer full moon.  This ceremony, one of the oldest and most amazing Buddhist events, has happened every year since 300 AD 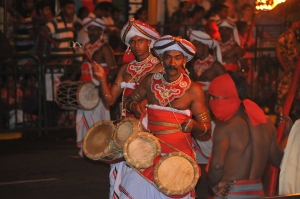 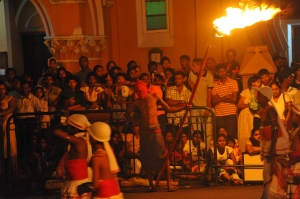 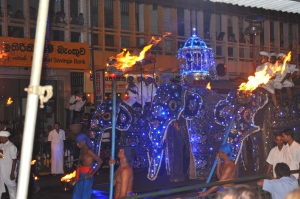 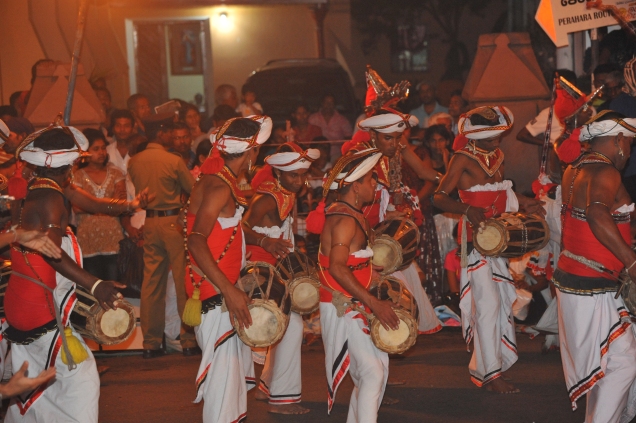 The Festival is held in the city of Kandy to honor the sacred tooth relic of the Buddha.

A replica of the sacred tooth relic (the original is kept and can be seen in the Dalada Maligawa Temple) is displaced in a golden casket and paraded thru the streets of Kandy in a procession of richly decorated elephants (more than 90), fire juggling acrobats, dancers, musicians, drummers, whip crackers, torch bearers lighting the roads, and dignitaries.

Legend says that the Buddha’s tooth was brought to Sri Lanka in the 3rd century AD from India, hidden in a tresses of a princess Hemamali in the 4th century AD.